This article will dive deeper into some features in Game Builder - game properties, sounds , tilemaps and general functions.

Written by Livnat Hershkovitz
Updated over a week ago

The following topics will be reviewed:

The game tab is where we define the attributes for our game.

For example: having gravity in the game, the width and height of the world and so on.

These settings can be changed prior to running the game and cannot be changed in the code. 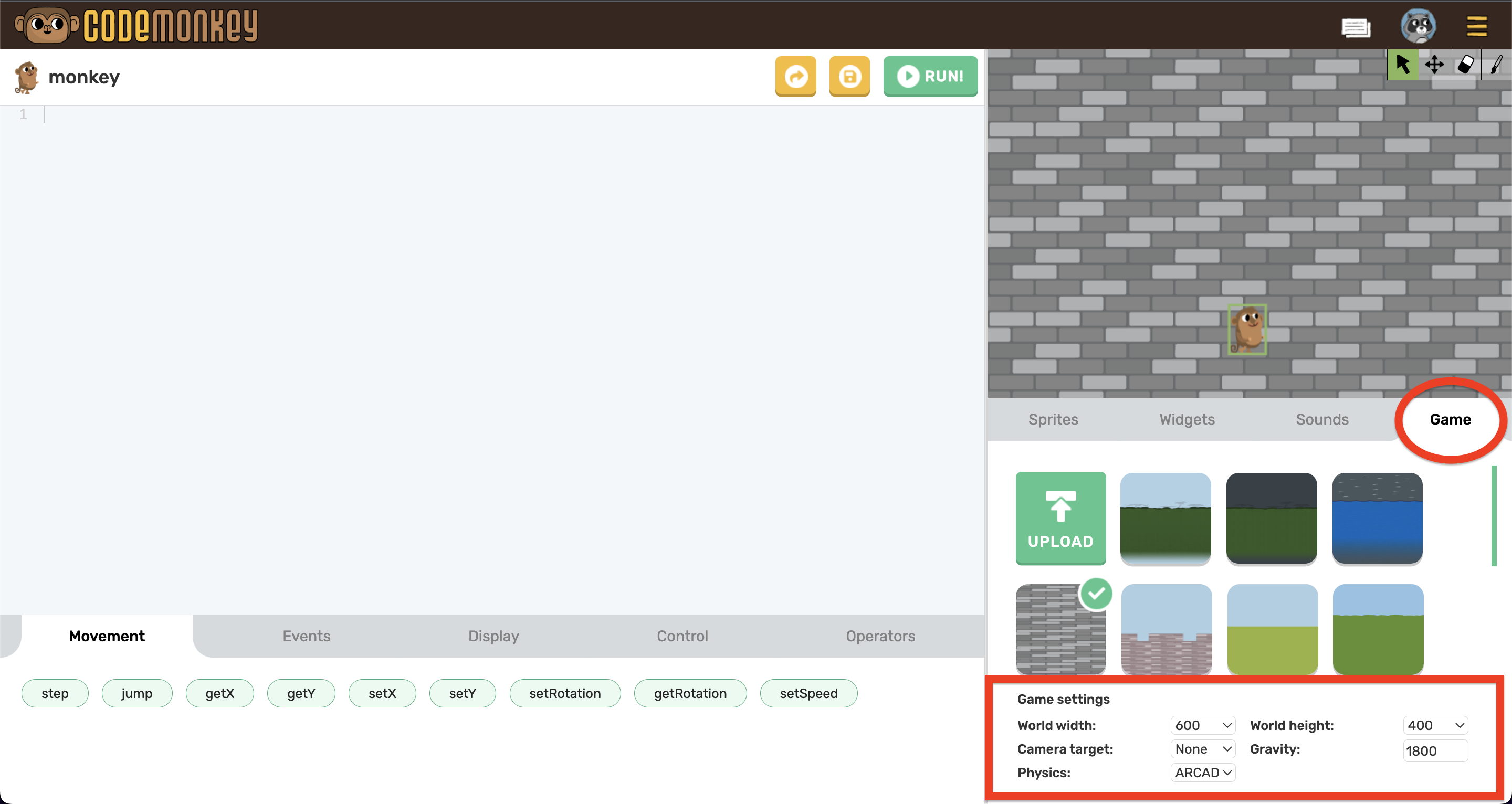 When the world’s width and height are different from the default values (600 pixels and 400 pixels respectively), the camera target should be set as well. Otherwise, when the sprite moves out of the visible part of the world, it will be out of camera’s sight.

The table below lists all properties that can be used in the code.

Shows the time elapsed in milliseconds (thousandths of a second).

The table below lists all functions that can be used in the code.

The functions can be used with both physics (arcade and P2).

Resets the game to its original configuration.

When the following code will be reached, the game will restart to its original configuration.

When the following code will be reached, the game will pause, sprites will not be moved, timer widgets will stop counting.

When the following code will be reached, the game will resume, timer widgets will continue counting from the place they were paused.

Sounds are objects in the game. Sound objects can be played by calling the "play" function of the sound object. There are various sounds available. The sound can be played before adding it to the game by clicking on the play button. 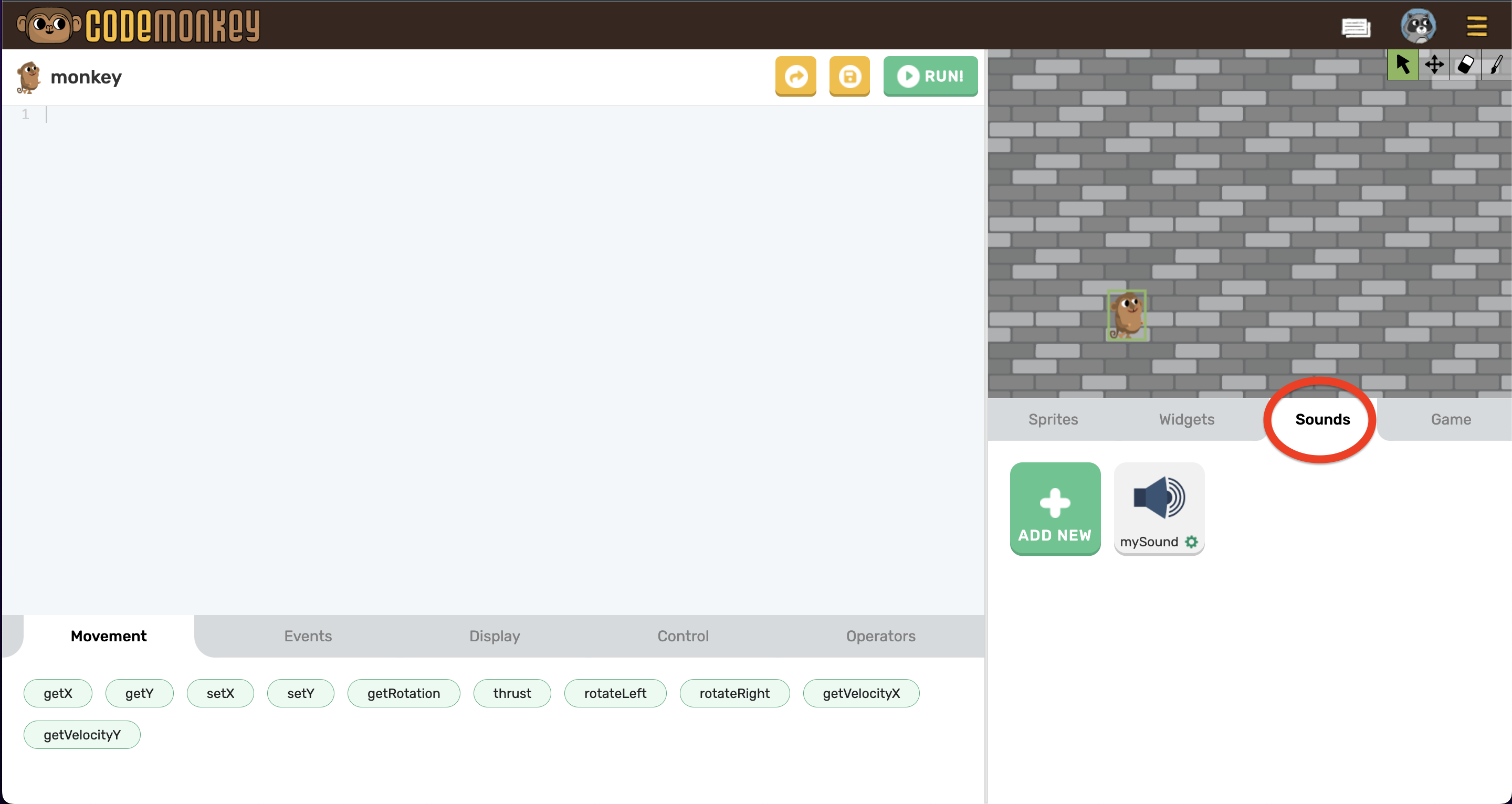 Tilemap consists of tiles that can be added to the game.

When using arcade physics, the tiles are used as the ground of the game, meaning sprites can move and jump on them. If gravity is applied to the sprite, then when the game runs, the sprite will fall and land on a tile.

When using P2 physics, the function onCollideWithTilemap can be used to define what to do in case the sprite collides with any of the tiles in the game. 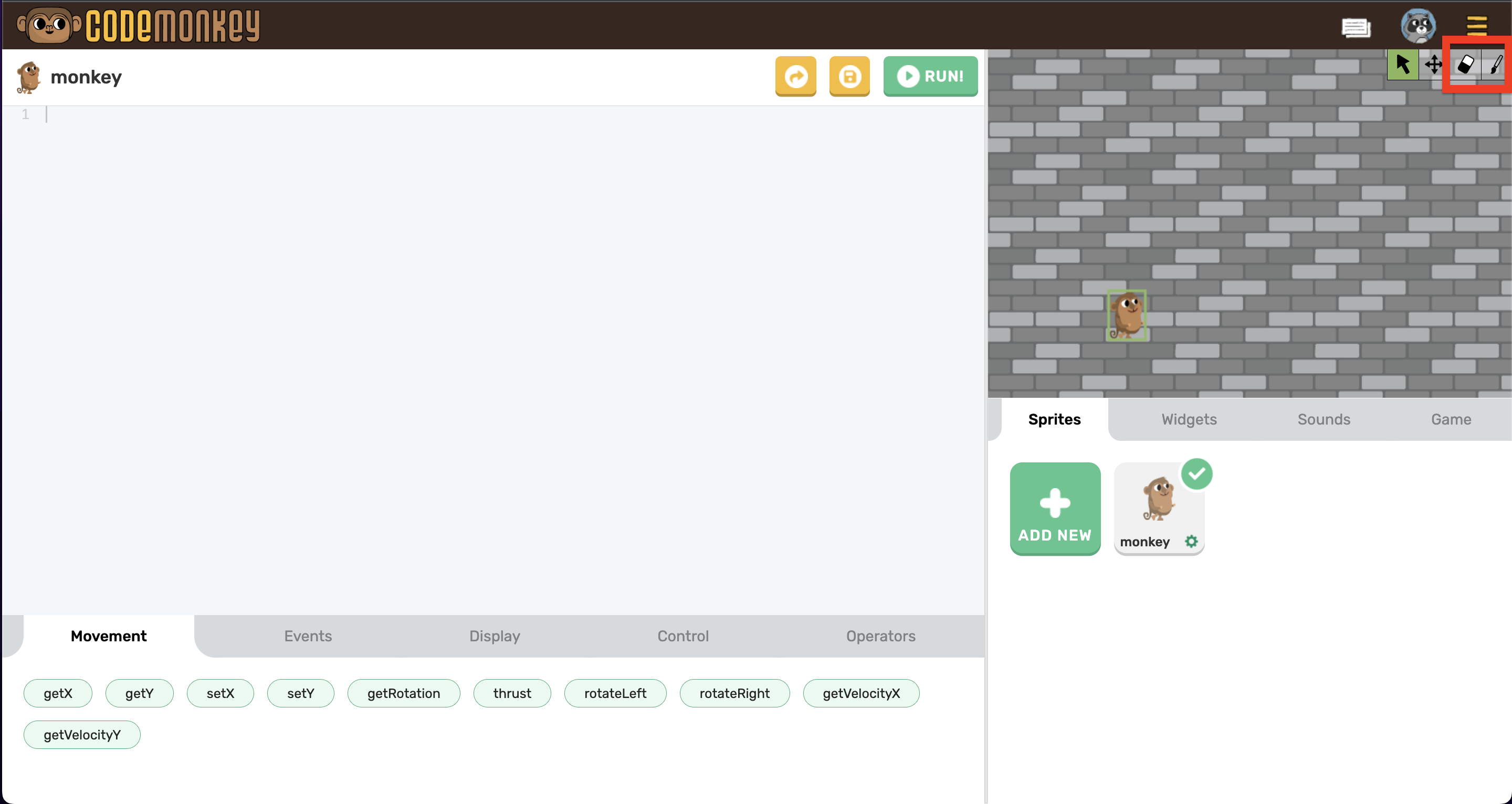 There are two icons located on the top right corner of the game screen.

To delete tiles, click on the eraser icon. Go over the tiles that needs to be erased. Once done, click on the arrow icon (otherwise, each click on the screen will erase another tile).

These functions can be used in the sprites’ and in widgets’ codes.

Returns a random number in between the range of the minimum and maximum numbers provided. Each call to this function will return a different number.

Number - a random number between min and max.

Did this answer your question?